"Not Rejected After All" (Guest Post by Valerie Joan Connors, Author of A PROMISE MADE)

"Not Rejected After All"
By Valerie Joan Connors, Author of A Promise Made 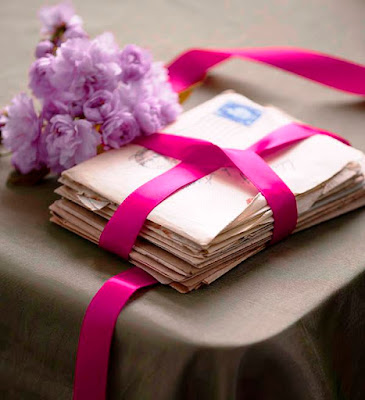 I always knew I would write books one day. All I needed was the right inspiration.  For me, the inspiration came in the form of a small bundle of letters between my mother and grandmother during a five-month period of 1952 when my mother travelled to New York, hoping to fulfill her dream of becoming a writer.

When my mom died, on January 3, 2001, she left me a box filled with all of her poetry, personal journals, and letters. For years that box sat on the same shelf in the studio in my parents’ house, where she used to paint and sew.  When Mom got sick, and it looked like she wasn’t going to get better, we discussed the box, and what I was to do with it after she was gone.

In early 2001 when the box arrived in Atlanta, I put it in a closet, unable to bring myself to go through it. The box remained unopened for eight more years. In the spring of 2009, when I found myself home alone for a long weekend, I finally felt like I was ready to open the box and look inside.

As I was going through the box filled with my mother’s memories, I came upon the handful of letters that were tied together with a pink satin ribbon. The letters told the story of a courageous young woman, and were my inspiration to start writing.

Also among my mother’s things was a rejection letter from Harper’s magazine for a poem she had submitted for publication.  The poem was tucked inside the envelope along with a very polite letter of rejection.  When the novel was published, I was able to include her formerly rejected poem in the text of the story, along with the exact language of the rejection letter.  So although it was sixty-five years later, her poem was published after all. I like to think she’d be pleased.
About the Book 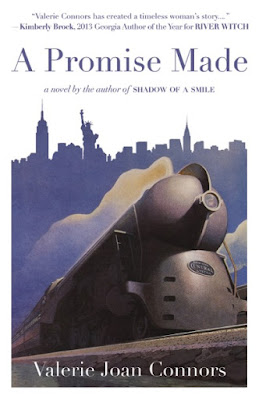 In A PROMISE MADE, Eva Larkin is a bright, vibrant seventeen year old when she meets Leo Maguire. He’s home from WWII, handsome and seemingly forthright. It doesn’t take much for Eva to swoon. But the sweetness of their marriage soon sours. Leo can’t manage anger or alcohol and certainly not the two combined, and he begins to hit Eva. When she escapes with their son to New York, she makes tentative steps toward the life she had always imagined, that of being a writer. Eva charges toward her dreams during a time when most women were encouraged to stay home, when divorces weren’t easy to obtain, and when being a single mother was even more difficult than it is now. How she fulfills her dream, though, is an ending not even she could have written.

A PROMISE MADE is a story about power, perseverance, and hope. It’s also a story of triumph, a heart wrenching, ultimately uplifting tale. 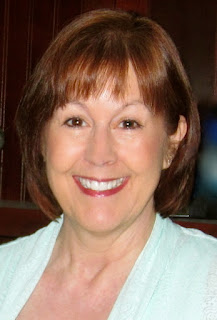 Valerie Joan Connors is the author of Shadow of a Smile (Deeds Publishing, June 2014), In Her Keeping (Bell Bridge Books, 2013) and the first edition of this novel, Give Me Liberty, which she self-published in 2010. She is the Vice-President of Programming for the Atlanta Writers Club, an organization with more than 700 active members and a 100-year history in the Atlanta area. During business hours, she’s the CFO of an architecture, engineering and interior design firm. Valerie lives in Atlanta with her husband and two dogs. To learn more or to find event information, please visit valeriejoanconnors.com/.
Selected Praise for A PROMISE MADE

“Eva Larkin kept me up at night. She is a character who slips in the back door of your consciousness and suddenly every woman you meet, might be her. If there’s ever been a character I cheered for, feared for, grieved for or ultimately hoped for, more than Eva, this novel has made me forget her. Valerie Connors has created a timeless woman’s story in A Promise Made.”—Kimberly Brock, 2013 Georgia Author of the Year for River Witch

"Rich with detail, A Promise Made is the heartfelt journey of a young woman surviving and thriving despite an abusive relationship in the post-WWII era, with lessons equally relevant for women of today."—M.J. Pullen, author of The Marriage Pact and Every Other Saturday

"Intrepid Eva Larkin copes with and then overcomes abuse by her husband, setting her on a path to help others, but this is much more than a novel about domestic violence. A Promise Made showcases strong, courageous women—and men—who dare to defy the 1950's norms of silent suffering and hypocrisy."—George Weinstein, author of The Caretaker, The Five Destinies of Carlos Moreno, and Hardscrabble Road

"Eva Larkin longs to be a writer. Escaping an abusive relationship, she finds true love and discovers that her own life is the real story. A wonderful novel about a strong woman, a loving child, loyal friends, and a family that binds them all together."—Michael K. Brown, 2015 Georgia Author of the Year for Somewhere a River

"From the very beginning, the characters and situations that Valerie Connors creates, leap off the page and into my heart, where I will carry them forever. This riveting story offers a meaningful message for everyone who reads it.”—Terry Segal-Author of Hidden Corners of My Heart and The Enchanted Journey: Finding the Key That Unlocks You

“A riveting tale about a courageous woman! A Promise Made throws open doors that hide purple bruises, broken bones, and broken hearts, the all-too-common dark family secrets before women could find safety in shelters and police could intervene in domestic matters. It reminds us how recent these protections are and how domestic violence haunts us still. Hurray to Valerie Connors for this inspiring story!”—Jennie Miller Helderman, Pushcart Prize nominee, author of As the Sycamore Grows
Photo Credit: Author pic by Patrick Connors