How to Live and Work as a Digital Nomad
by Jennifer Barclay, author of Falling In Honey: How A Tiny Greek Island Stole My Heart 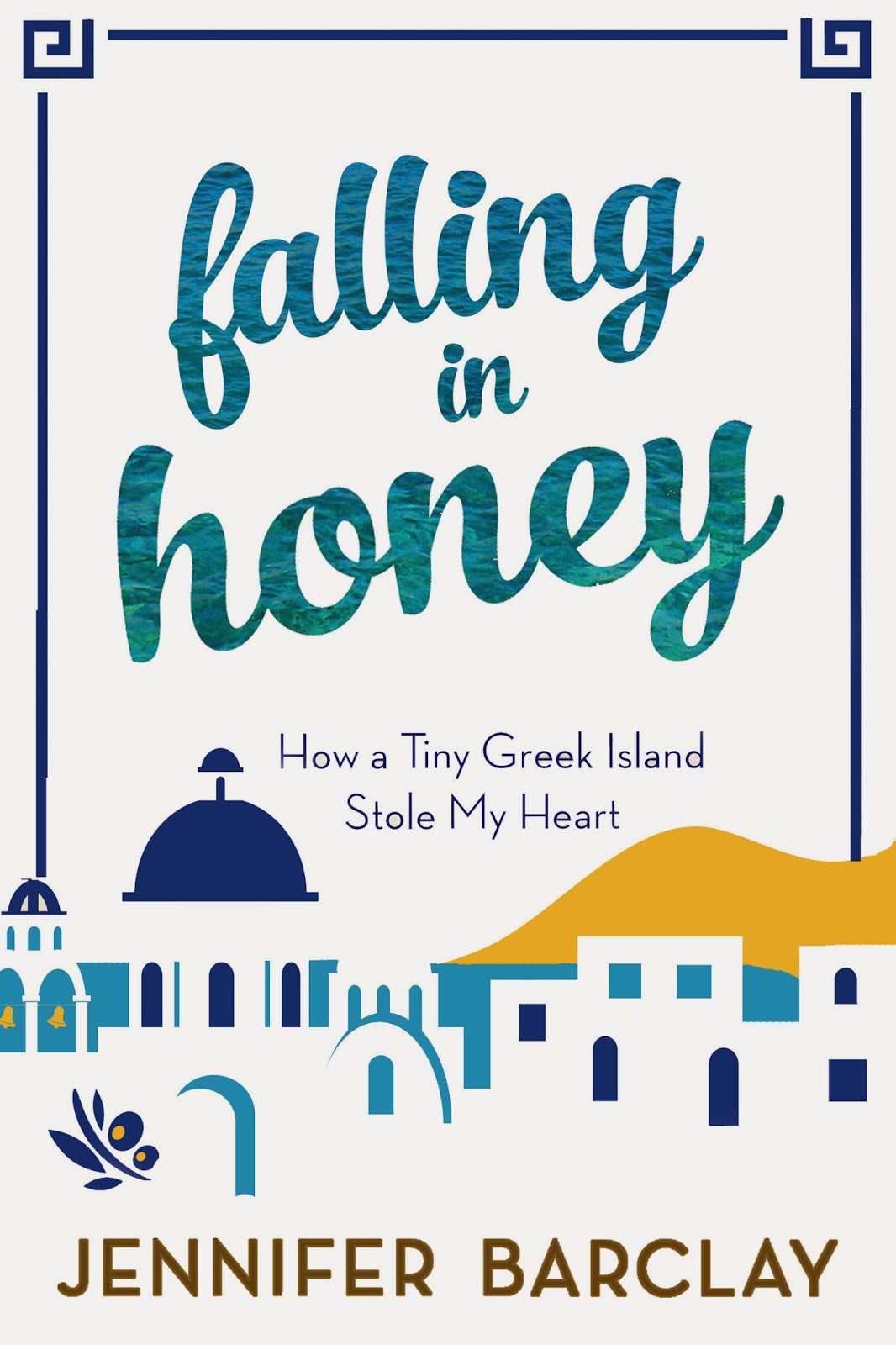 We arrive on the island at night, sit out on the roof terrace and look up, amazed, at thousands of stars. In the morning, awake before anyone else, I sneak outside to see deep blue sky, rugged grey mountains, and a pool fringed with pink and white oleander. There’s a vague aroma of honey…

That was the start of my love affair with the Greek island of Tilos, eight miles long and a few miles wide, close to the coast of Turkey. The population was less than 500 people, vastly outnumbered by goats roaming wild.
I’d come for a week’s holiday, nothing more. But less than six months later, distraught after an unforeseen breakup just before my fortieth birthday, I resolved to ask myself what I really wanted out of life next. Only I could make myself happier, I realized.

I decided that a month on that tiny, peaceful island – a month of swimming and walking alone in powerful Greek sunshine – would help me focus on who I was and where I wanted to be. My boss was less convinced, but eventually gave in. I’d have two weeks working from there, and two weeks’ holiday. A whole month in the place I loved. 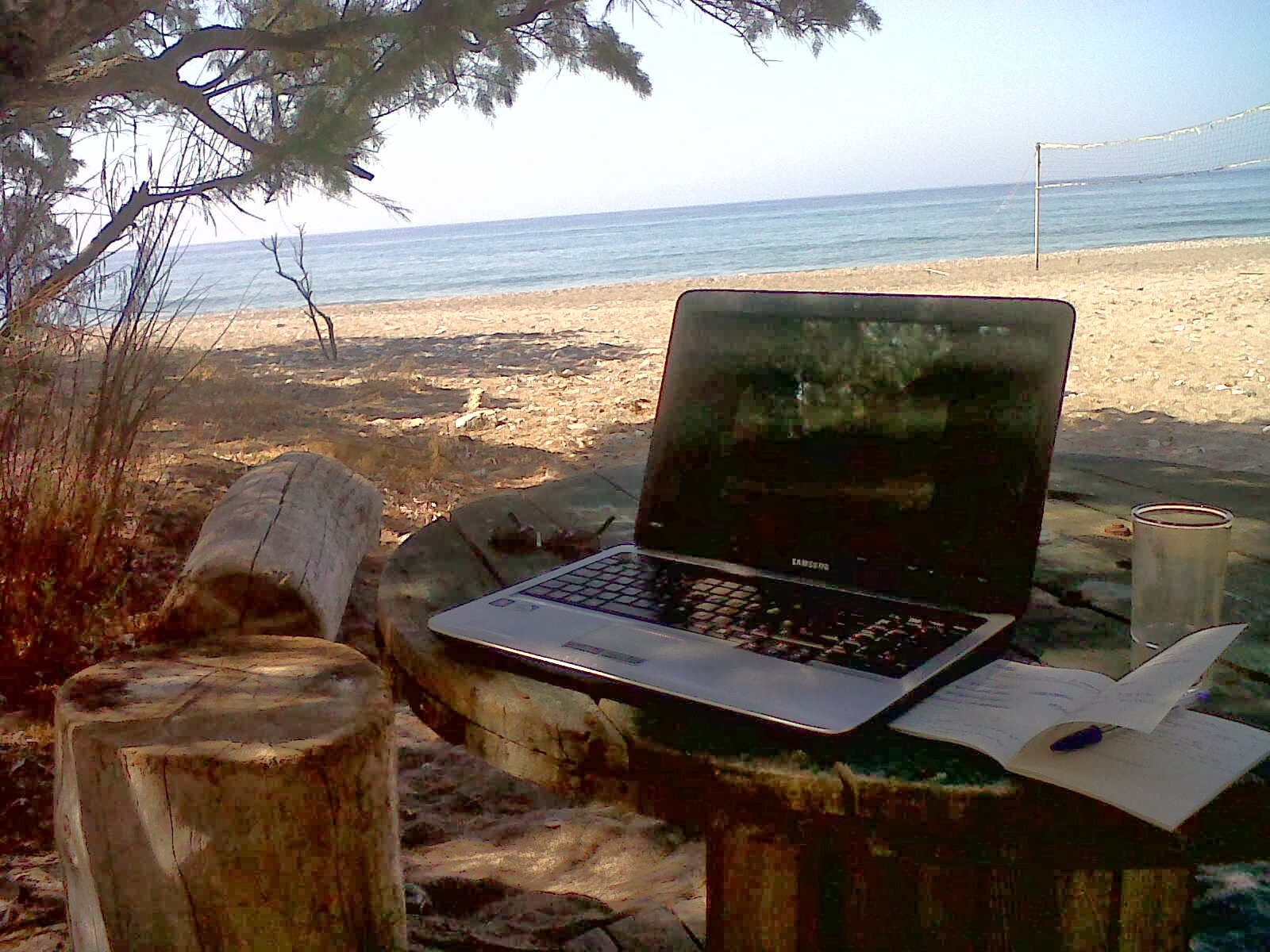 Not surprisingly, I loved my job when working from home on a Greek island. After staring at a computer screen all morning, there was nothing better than looking out across a vast blue bay, then jumping in the sea and stretching the muscles, before drying off in the sun. Evening brought a walk into the hills to collect some herbs to add to dinner, then a glass of wine on the terrace with a book.

For some years I’d been working in book publishing as an editorial director, and the logical next career step would have been to try for a better-paid, more high-powered job with a big publishing house in the city.

But more important to me, I had begun to learn, was time outdoors.

More and more of my job was done by email, or editing on the computer screen. Why not in a place where I could step out of the door and be in spectacular surroundings?

People often wait for retirement before moving to their dream location – but what if you don’t need to? The following year, a friend died of cancer in his fifties, and at his funeral I was transfixed by photographs of him and his wife in Thailand, where they had hoped to move in a few years’ time. The moment was decisive: what was I waiting for? I made plans to adapt my job, downsize, and move to Greece.

It didn’t go exactly as planned. But in spite of unexpected twists and turns in the journey, one night in late April I made it to the island, to a simple house I’d rented in the middle of nowhere, and fell asleep listening to the silence, looking at the stars through the window…


I wake happily rested. When I lean up in bed, as I’d hoped, I can see the ruined castle of the Knights of St. John on the top of the mountain. From the bathroom, even—I wonder if it’s entirely right to have such a glorious view from the loo. And from the kitchen window, I realize, I can actually see the sea at the end of the Eristos valley. I hadn’t expected that. I go outside and look, amazed, at the fields around the house leading up to the mountain.


An older man arrives on a motorcycle and comes to say hello. I’m still in a daze and don’t understand much of what he says, but he must be Ntelos’s father, Pavlos.


“Oti theleis, oti theleis,” he says, pointing to the house. “Whatever you like—just ask.”


It’s sunny and fairly warm outside. I unpack the bags, then realize I don’t have any soap and need a shower, so I walk to the village—down a steep dusty track, along another sandy track, with donkeys in the fields on either side: healthy, glossy, dark-coated donkeys, roped in the shade. One of these new neighbors is almost ready to make friends, coming toward me but a little too shy to be stroked. I continue toward the road to the village, stopping to inhale the aroma of a fig tree, and to look at the fields of olive trees filled with poppies and daisies.


I manage to explain to the lady in the little supermarket that I need something to open bottles and she hunts for ages on the dusty bottom shelf of the back aisle of the shop, riffling through endless plastic bags, until eventually, “Na!”—she finds them behind something else. We then figure out that I am looking for soap “yia heria”, hand soap.


I work contentedly at my kitchen table for the afternoon, drinking coffee. Then I decide to walk to Skafi.


I pass a smiling farmer with tousled gray hair, and then his sheep, clanking their bells as they stand awkwardly at the side of the field waiting to see whether I have anything for them. Then I hear the dog, growling deeply and barking. But it’s chained up, I see, and loopy as a fruit cake, wagging its tail and somehow managing to hold half a loaf of bread in its mouth as it growls.


A little farther along, through a gate held together with wire, pretty little goats leap off the path ahead as they see me coming. The mixture of rain and sunshine has brought out the smell of herbs growing on the slopes—oregano, marjoram, thyme. It’s also brought out snails—translucent things, daintily making their way across the sandy path as I get closer to the beach, making me tiptoe around them. The beach is empty, of course; there’s just the sound of water gently flowing in and out across pinkish pebbles. Even though the sky’s a little gray, it’s still one of the most colorful beaches with its red sand and blue water. On the hillside, there’s a lone tree, self-consciously picturesque.


It rains again on my way back but the valley is green and lush, the gray mountains looming steeply in the darkening sky, a dramatic landscape. The farmer says hello again and comments:


“Vrohi!” Rain. I’m holding my jacket over my head as I didn’t think to bring an umbrella. I reply saying it’s good, though, and he beams and agrees.


The light rain stops as I get close to the house, and I spot what I think might be a small, brown owl flying out of a cave and into a tree ahead. Sure enough, as I approach, I see its little round face looking down at me from the branch, and as I pass underneath, the face swivels around to follow me down the path. As I get to the wire gate that keeps out the goats, a rabbit leaps away from the honey factory.


My first walk to Skafi beach certainly didn’t disappoint. Nor does the view from the outside table, where I’m typing, looking over at the rugged mountains in shadow, blue sky, clouds slowly flowing between the peaks… the sound of birds singing. Tilos was waiting for me all this time and I never forgot it. 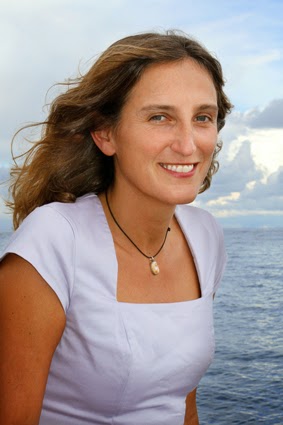 Falling in Honey: How a Tiny Greek Island Stole My Heart is published by Sourcebooks (March 4, 2014; Paperback, 352 pages). Jennifer’s blog about life on Tilos is: www.octopus-in-my-ouzo.blogspot.com, and her editor blog is: www.jennifer-barclay.blogspot.com.